Magic the Gathering: Arena’s new set is a love letter to D&D


It is unthinkable, untenable, pure heresy. Of course, there have been additional D&D books for several Magic planes, but the classic D&D characters, monsters, and gear depicted in Magic: The Gathering? Certainly not. And yet, Adventures in Forgotten Realms is a perfect fit for Magic the Gathering: Arena – that you can play for free here.

I recently had the chance to play with all of the Forgotten Realms in Magic Arena and build decks. There are so many complex interactions between all of these new maps that it’s just as good for the Arena client to do a lot of the administration for you, but even still, this set isn’t for beginners. It’s not even necessarily for D&D gamers looking to cut their teeth into MTG.

The descriptions are overly wordy, especially on maps where you need to roll a D20 – the most iconic D&D die. For such cards, there are up to four different outcomes, and you will need to consider all of them carefully before committing to the game. That’s a lot to think about in the middle of a turn. Take the example of the treasure chest. Depending on the D20 roll, this card can trigger a trap that damages you, heals you, and adds extra cards to your hand, creates extra mana resources, or lets you play an artifact card. Reading and understanding these effects during the game’s limited time rounds leaves little room for deciding if this is the best game.

As complicated as they may be, the volatility of D20 based cards often leads to dramatic play. After setting up three Barbarian class cards at level two, I use Delina, Wild Mage (who can constantly create symbolic copies of a creature on every dice roll) to empower my attacking Pixie Guide (a blue flying creature 2 / 1 which adds extra dice to your roll, which you take the best of), which sails towards my opponent and causes him to be prematurely lost. It’s a deck combo that rarely works, but when it does, it’s devilishly satisfying.

The Adventures in Forgotten Realms set does a great job of celebrating D&D themes and mechanics while still feeling like Magic: The Gathering. Each card is either a reference or a character from the D&D lore.

Venture decks take a little longer to start, but they snowball quickly and quickly start activating effects that can be difficult for opponents to deal with.

There are cameos from universe characters like Minsc, which fans of the Dungeons & Dragons game Baldur’s Gate will recognize, and dragons and notorious spectators abound. Iconic pieces of gear, which even casual D&D fans will recognize, can be nabbed as artifacts. I’m immediately drawn to cards like Bag of Holding, an artifact that acts as a depository for your discarded cards, which you can then bring back all at once.

Many cards also benefit from a degree of flexibility, which is a good way to mimic the choice present in a D&D game. For example, the Pillaging Barbarian – a 2/2 red creature – can enter the battlefield by smashing a treasure chest, which destroys an enemy artifact, or by opening that chest to create a mana resource.

Another key feature of the new set is its class enchantment cards. They are similar in format to sagas in recent Magic sets, but enchantments actually work more like an upgrade mechanism. Each has a perk that activates when the card is played, followed by two more perks you get after paying a mana cost to level up. There are 12 in total and each has perks that reflect archetypal D&D classes.

Take the Barbarian Class card for example. For a red mana, I play the card and it immediately gives me an extra dice to roll, ignoring my worst result. Invest another red mana, plus another additional mana in the barbarian class, and my creatures get more attack power and the keyword threatens every time I roll one or more dice until the end of this round. If I then spend one red mana and two more colorless mana, all my creatures gain haste. These effects only last as long as the class is on the battlefield, but they seem powerful enough to sustain entire decks. 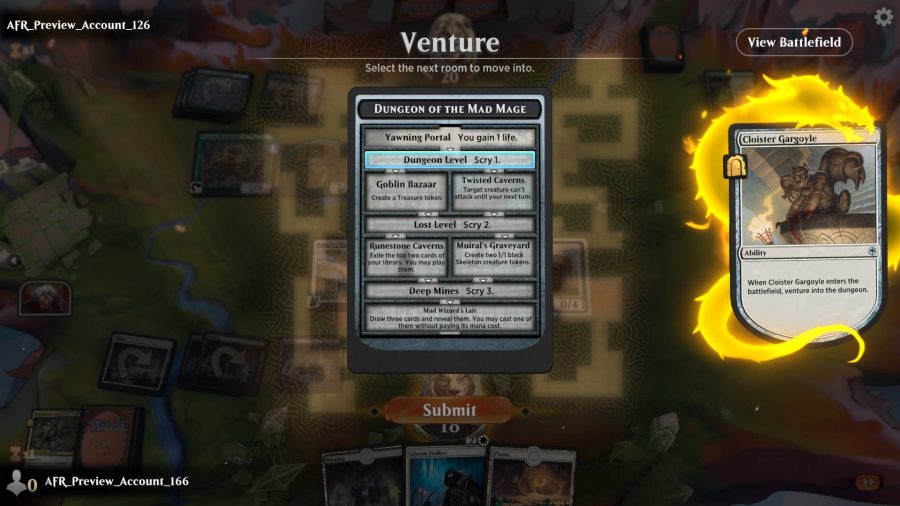 As you would expect from a D&D expansion, the Adventures of Forgotten Realms set also includes a dungeon mechanic. When you first venture into a dungeon, there are three campaigns to choose from. Each has a unique layout that grants different effects depending on the rooms you enter, and as soon as you choose a dungeon, you need to explore it from start to finish. Venture decks take a little longer to start, but they snowball quickly and quickly start activating effects that can be difficult for opponents to deal with.

This is definitely the best place to ignite your planeswalker spark.

For Magic players, this set offers you plenty of work possibilities, no matter what game format you are playing. Ward cards appear to be very powerful in the old formats, blocking spells that would affect them as long as an opponent doesn’t pour extra mana into the spell to break through.

Pack Tactics, on the other hand, buffs green creatures whenever I attack with creatures with a total power of six or more. Wherever you look in this set, there are tools that will let you DIY your favorite decks, and drafting will be a lot of fun with these cards. 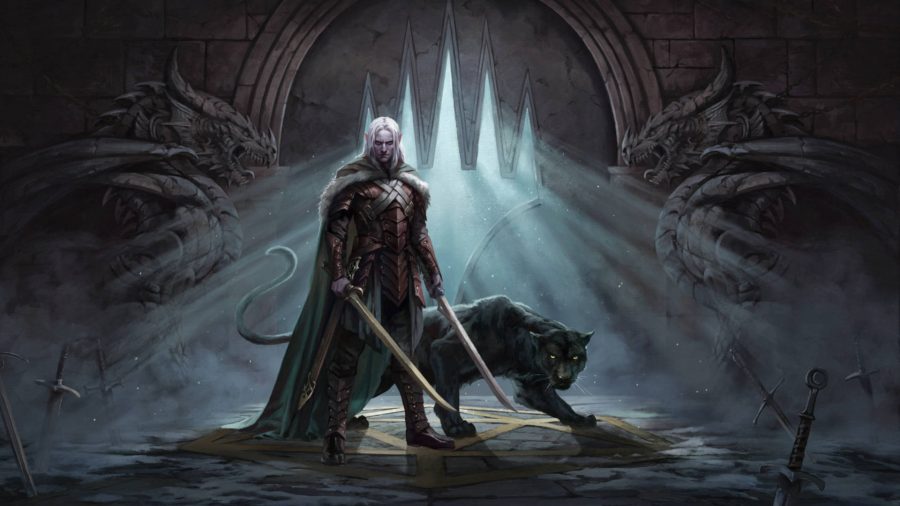 If you’re a D&D fan, you might want to start with one of the more basic sets to familiarize yourself with the basic rules of Magic: The Gathering first. But if you’re no stranger to wordy text descriptions, know your Magic Arena keywords, and you can familiarize yourself with some of the more complicated interactions of the set, then this is definitely the best place to ignite your spark. of planeswalker.

The Dungeons & Dragons: Adventures in the Forgotten Realms set is out today on all digital platforms, and if you haven’t tried MTG, you can play Magic the Gathering: Arena for free.

Re-entry, a quiz – The Provincetown Independent

WoW to get Pandemic board game